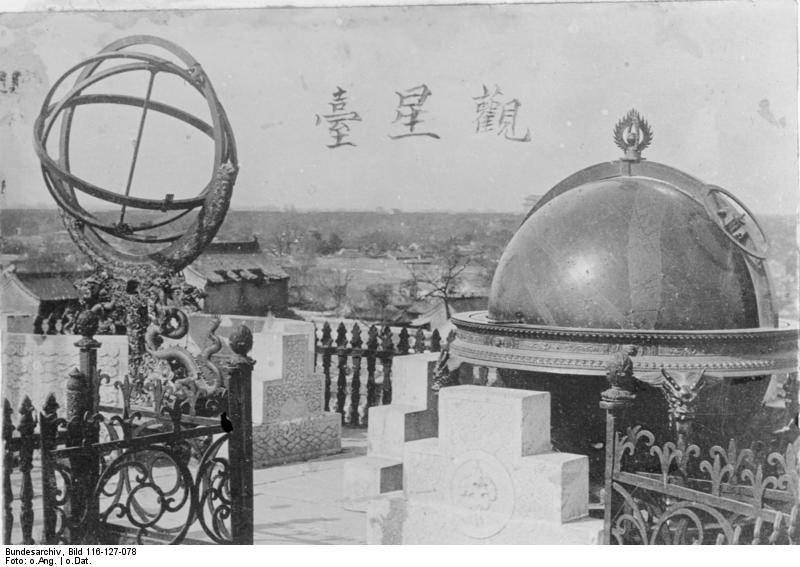 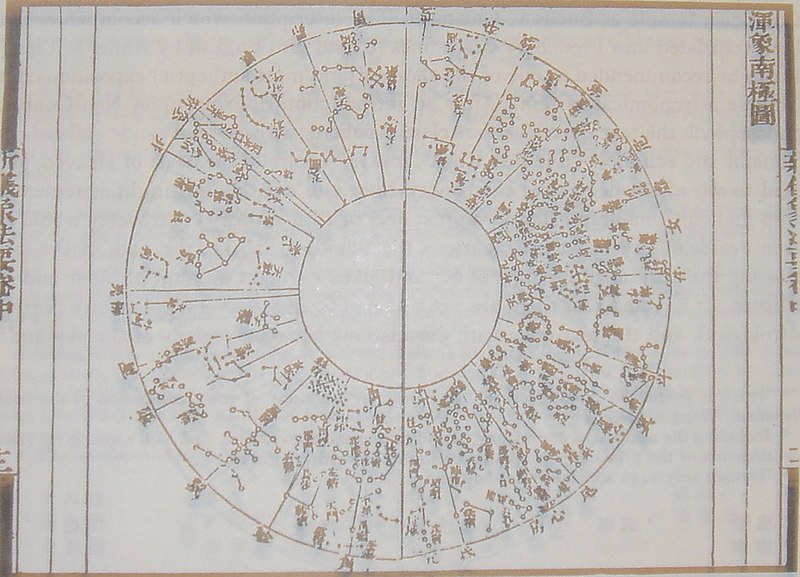 
Magic Numbers, Planetary Tones and the Body: The Evolution of Daoist Inner Alchemy into Modern Sacred Science by Michael Winn
Prefatory Note added to the original paper given at the International Daoism Conference at Boston University in 2003 :

In Western Feng Shui, the term “Feng Shui Cure” is often used; it gives us an impression that a Feng Shui consultant is like a house doctor, he or she can prescribe medicines to cure a sick house, this is unlikely because a sick house can only be correlated to a sick person as a metaphor; physically speaking, a house is not the same as a person and cannot be “cured” with “medicines” or objects.

So far I have not manage to find out where this term “Feng Shui Cure” originated from or who is the first to use this term in English literature on Feng Shui, my suspicion is that it refers to the popular use of objects to “Hua Sha” 化煞 as in the use of the Five Emperors coins to “Hua Sha” the yearly Tai Sui (Grand Duke) or the Five Yellow in Flying Star. But to translate “Hua Sha” as “Feng Shui Cures” is misleading, it changes the whole meaning of the original Chinese term.

“Hua Sha” is a part of the Feng Shui saying, “Jei Xiong Hua Sha” 解凶化煞 which literally means to become aware and to understand (Jie 解) what is harmful or undersirable (Xiong 凶) and then find a way to transform or to change (Hua 化) what is, or what is felt to be, negative and undesirable (Sha 煞).

You might have noticed that I did not translate the character “Sha 煞” as “killing or to kill” like most people would, because in Feng Shui if the term is used to mean “to kill”, then the character 殺 would have been used. From a Feng Shui perspective, the term “Sha 煞” is used to contrast with the term “Sheng 生” as in “Sheng Qi 生氣” and “Sha Qi 煞氣”. Sheng Qi is Qi that encourages the potential for life and for growth, while Sha Qi is Qi that stops the potential for life and for growth. The Chinese often use the term “Sha Che 煞車” to describe the act of stopping a car.

The character to kill 殺 and the character to stop the potential of killing 煞 are written differently and they have a subtle difference, and on top of this the term “Qi 氣” is used to contrast with “Xing 形” as in “Xing Qi 形氣”, the latter (Qi) is formless and intangible, its influence is indirect – an invisible potential to become while remain as formless, whereas the former (Xing) has a form/shape and is tangible, its action direct – a visible thing that has a physical effect. For this reason in Feng Shui we often use the term “Xing Sha” 形煞 and “Qi Sha” 氣煞 to differentiate a Sha that has form and is visible to a Sha that has no form and is not visible.

So to understand the true meaning of “Feng Shui Cures” and how to use them properly, one should refer to the act of “Jie Xiong Hua Sha”; that is one should first be aware and understand what caused the harmfulness or give rise to the potential in the first place; is it physical, psychological or conceptual? Often in Feng Shui the cause is conceptual, in the sense that we used correlative thinking and connected a symbol or a number with a concept that is harmful or have a harmful potential. For example, in Flying Star Compass Feng Shui, the number 5 is correlated to the colour yellow and to the element Earth and when it is out of time, we say it is a disaster “Star” that would cause trouble for us, but this is only a conceptual conclusion, it does not mean the 5 Yellow Earth is physically harmful and also the “Star” mentioned earlier do not refer to the physical stars in the sky but to the Gua Qi 卦氣 or the Qi of the Trigrams we used in the Feng Shui methods.

After “Jie Xiong 解凶” then we can “Hua Sha 化煞”, and we need to remember, a Sha can be physical, psychological or conceptual or a mixture of two or three of them, so to change it or to transform it, that is to turn the Sha Qi into Sheng Qi, we can also do it on a physical, a psychological or a conceptual level or a mixture of two or three of them, but unless we can understand the real cause of the harmfulness or the potential for harmfulness in the first place and to overcome it, the “Hau Sha” will always be incomplete and temporary.

For example, when a house is located at the end of a T-Junction, we say in Feng Shui it has “Chong Sha 冲煞” or the “Sha of Being Rushing-At” and this is harmful or has the potential to harm and it is undesirable, that is it has Xiong 凶 and we need to overcomes it and make it Ji 吉 – auspicious or desirable; in another words, to turn Sha Qi into Sheng Qi. Of course the best solution would be to avoid it in the first place; that is not to have a house located at the end of a T-junction, but what if we cannot avoid this situation? Then the first thing is for us to understand why it is not desirable or it could be harmful, that is to “Jie Xiong” (understand the reasons) before we can “Hua Sha” (make the changes).

When a house is located at the end of a T-junction, it is physically annoying to have car lights shinning at it at night time and then suddenly disappear after the car has trued the corner, it also has the potential of someone running into it if a driver fails to turn the corner properly. Psychologically a house located at the end of a T-junction always has less privacy, as anyone who turns the corner will tend to look into the house, because it is more exposed. So this house has “Xing Sha” (Sha of the Form) and “Qi Sha” (Sha of the Formless) at the same time.

To overcome this, we can do it in a physical way and build a brick wall of about one and a half to two meters high in front of the house and physically and psychologically block the “Xing Sha” and the “Qi Sha” at the same time and that would be a best “Hua Sha” or Feng Shui Cure. But if we cannot do this, because we don’t own the house or we don’t have the fund to do it or we simply don’t like the idea, then we can do it in a psychological and/or conceptual way.

Psychologically we can cover it up with trees and shrub so we will not see the Form Sha nor worry about the formless Qi Sha, but to grow the trees and shrubs to a desired height and thickness will take time, so for the short duration we can use a “Hua Sha” from the conceptual level and hang a Bagua mirror in front of the house and use the Feng Shui mirror to “reflect” the Sha Qi and turn the Sha Qi into Sheng Qi conceptually. We can do this because in Feng Shui theories we correlated the Bagua diagram to symbolize changes and the mirror is able to “reflect” what is bad into good in a metaphorically way.

However, physically we have not really done anything to address the cause, so eventually we still need the physical protection to be 100% certain. So in this sense, a Hua Sha on a conceptual level, or what most people would understood to be a “Feng Shui Cure”, is like a head-ach powder, it is only effective for a short time, without getting to the cause of the problem.

Ideally, a Hua Sha should work on all three physical, psychological and conceptual levels, so in the end the problem can be overcome physically, emotionally and spiritually at the same time. This is the true meaning of “Jie Xiong Hua Sha” 解凶化煞, otherwise we are open to abuse by charlatans forever trying to sell us all sorts of “Hua Sha” or Feng Shui Cures at an exorbitant price without any long term benefits, except, over time, as a piece of Feng Shui curio!

If we can understand the true meaning of “Hua Sha”, then instead of buying some expensive and curiously looking objects, we can use this understanding to transform the quality of our environment at the same time. Below is a couple of photos of the new Star Hotels and Casino we did the Feng Shui for in Sydney Australia and here we used the Wuxing Shen-Ke concept (Five Elements Generating and Controlling Relationships) to advise our clients not to use “Fire” but to use “Metal” and “Water” at the water front façade to enhance the idea of wealth and money “Cui Ji” 催吉 or to hasten one’s “luck” and if Fire is used then we have to “Hua Sha”, since in the Wuxing theory Metal is correlated to wealth and money and Water is correlated to exchange or the gathering of wealth and money. However, whereas Fire will tend to ‘melt” the Metal. All this is not done physically but only in a conceptual level, if the users and the owners want wealth and money they still have to work for it! We can only “Cui Ji Bi Xiong” 催吉避凶 or “hasten the auspicious and avoid the harmful”, for those who can use their wealth or money wisely!

So we can see in Feng Shui, awareness/knowledge is enlightenment, as a scholar in the Ming Dynasty Wang Shou-Ren 王守仁 has this to say about Jie Hua 解化 (“to be aware and understand and to transform” as in knowing what is harmful in Feng Shui and then change it) in the lower chapter of his book “ A Transmission of a Record of Learning”: Knowledge also needs enlightenment, but without self understanding and self transformation, but mistaken hundreds of others (ideas) as one’s own. Naturally, one’s enlightenment is limited”.